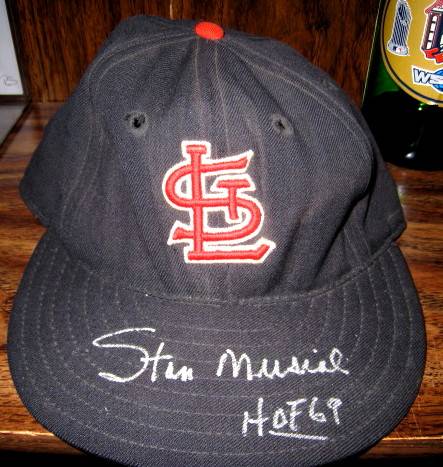 From Bill Jackowskis (Umpire) Collection and Signed By Stan. Size 6 and 7/8. Stan signed this for me on 2-3-09 at Stan The Man Inc. in his office. He was a pleasure to meet. When I had this hat signed by Stan in his office, I asked him did he keep any of his game used memorabilia because he did not have any in his office. He stated that he does not own any of his own memorabilia and that what he had is now in the St. Louis Cardinals Museum at the Stadium.