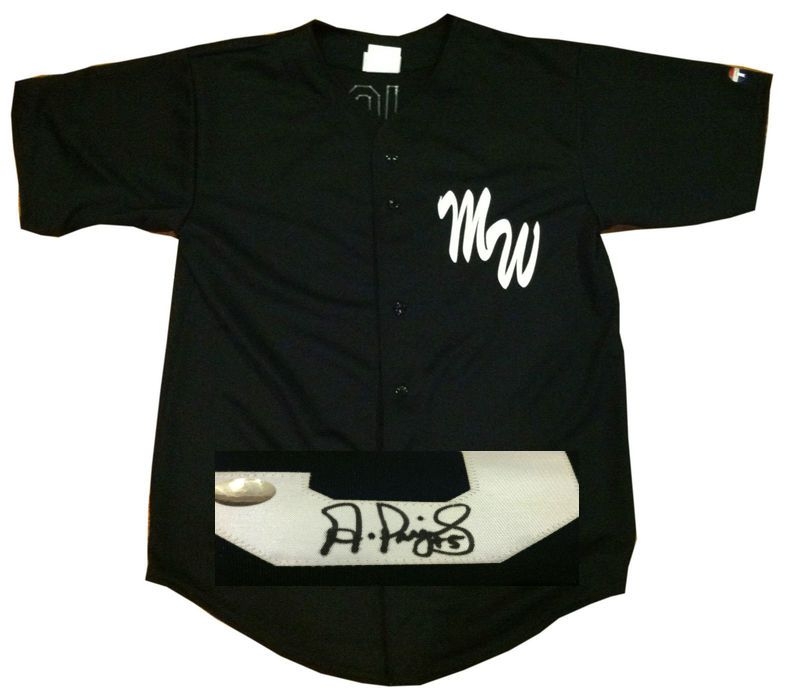 ALBERT PUJOLS AUTOGRAPHED MAPLE WOODS COMMUNITY COLLEGE JERSEY. Pujols played at Maple Woods in 1999 and led the team to their 3rd regional championship. In his only college season, Pujols hit a grand slam and turned an unassisted triple play in his first game. Marty Kilgore, Pujols' coach at Maple Woods Community College in Kansas City, remembers a majestic 1999 shot Pujols hit at Highland College in Kansas. The ball flew over the 375-foot sign in left-center, over a street behind the fence and off a tree in the backyard of a house"It had to be more than 500 feet," Kilgore said. "Their coach still talks about it today."He batted .466 for the year with 22 Home Runs and 76 RBIs. Maple Woods is very proud of Albert's accomplishments - he is the first major league player from Maple Woods. On January, 15th 2002, Maple Woods officially retired the number "33" worn by Albert during the 1999 season. There will be a banner on the Maple Woods outfield fence honoring Albert's retired jersey.